UJC has electrified audiences for years performing their unique and energetic blend of R&B/Jazz/Fusion at a multitude of prominent jazz festivals around the country, including The Capital Jazz Festival, The Seabreeze Jazz Festival, Capital Jazz Fest Supercruise, The Boscov/Berks Jazz Festival, The Rehoboth Beach Jazz Festival, Jazz Fest West, The Russian River Jazz Festival, River Raisin Jazz Festival, and many more. JazzTimes Magazine award winning columnist, Brian Soergel, has described the Urban Jazz Coalition sound as “flush with rhythmic grooves, funky bass lines, and beautiful melodies”. The band has also made a strong impression at radio with three consecutive releases achieving “Top 30” status on multiple contemporary jazz charts. The “One Step Closer” project generated two “Top 30” singles and was honored as one of the “Top 100 Records of 2014” on the prestigious Groove Jazz Music Chart. UJC’s music has been featured on network television programming, international film soundtracks, national advertising campaigns, and as part of an eclectic group of artists on a Gospel/Jazz compilation project released by Capitol/EMI Records. 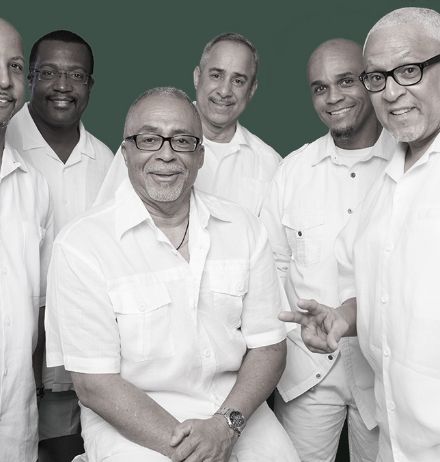