The band, a self-described mix of pop, blues and soul, is fronted by singer/songwriters Adam Darling and Stephanie Amber. Appropriately named, Honey and Blue combines Darling's sultry bluesy sounds with Amber's sweet, whimsical take on lyrics and harmony. Born and raised in Ohio, Darling met Amber (a New York native) while working at the same restaurant in Los Angeles. The two were both pursuing a career in music and quickly hit it off, writing together for more than a year before forming their band. After performing all over LA, at sought-after venues like The House of Blues and The Witzend, the duo moved back to the Midwest to continue work on their first album. Once the duo arrived in Columbus they teamed up with Dwight Bailey and created their self titled first album. Recently on WCBE (NPR), the band's much anticipated second album has finally arrived. 'All The Feels' showcases an entirely new sound to the band, featuring Dwight Bailey on bass and James Gaiters on drums. 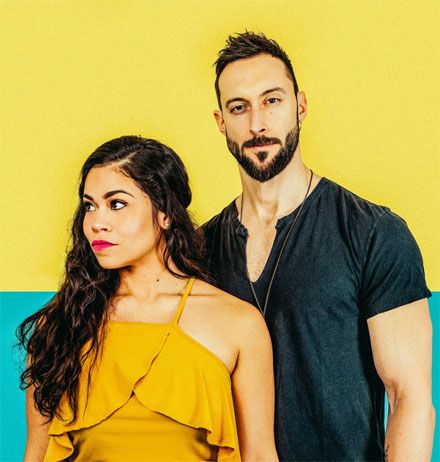