The High Street Stompers Dixieland Band was formed in 1987 when all the original members were Professors in the School of Music at The Ohio State University. The band members then were Tom Battenberg, trumpet; Jim Pyne, clarinet; Gary Carney, trombone; Paul Robinson, banjo and vocals; Bob LeBlanc, tuba; and Jim Curlis, drums. Paul Robinson is the only remaining member of the original band. The other current members of the band are Milo Mannino, trumpet, who joined the Stompers in 2018; Michael Cox, clarinet, (2006); Vaughn Wiester, trombone, (2003); Sid Townsend, tuba and string bass, (2000); and Jim Rupp, drums, (2011). 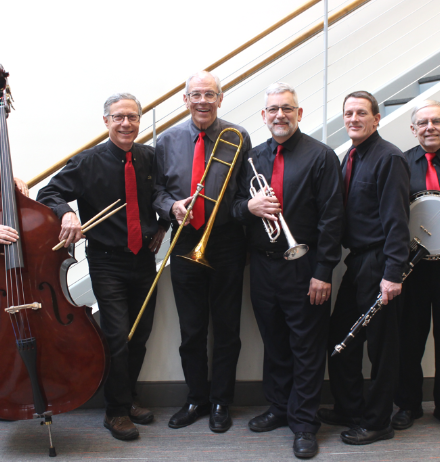